MA to Experience Fuel Shortages by 2025 if TCI is Implemented

TCI is expected to go into effect by 2023, even though MA is the only state “fully committed.”

The Fiscal Alliance Foundation released new data from the Federal Energy Information Administration (EIA) that predicts that if Massachusetts follows through on its enrollment in the Transportation and Climate Initiative (TCI) in 2023, it will begin experiencing fuel shortages and price spikes by as early as 2025.

On December 21, 2020, Governor Charlie Baker signed Massachusetts up for TCI. Out of the 12 states that originally considered joining TCI, only Massachusetts is “fully committed” to and ready to join the program. Connecticut and Rhode Island still need approvals from their legislatures, which they have thus far been unable to secure. In order for TCI to reduce tail pipe emissions, it will limit the supply of gasoline and diesel sold in Massachusetts. This will result in higher costs and shortages. According to data from the EIA and TCI, Massachusetts will begin to experience fuel shortages by 2025 if it enters into the agreement as planned in 2023. In order to meet TCI’s demands, according to data from the EIA, approximately 80,000 vehicles will not have enough fuel by 2025. In 2020, approximately 2,000 Electric Vehicles (EV) were sold in Massachusetts. To avoid TCI’s fuel shortages in 2025, Massachusetts drivers would need to buy (swap out a gasoline/diesel vehicle for an EV) approximately 2,000 EV each month beginning this month. In order to avoid the forecast shortages in 2026, that number jumps to 4,000 EV per month starting this month. David Chu, an analyst from the Connecticut Energy Marketers Association helped gather the data from EIA and TCI to show when shortages will result. This data proved especially helpful for Connecticut lawmakers who refused to vote in support of TCI during June’s budget debate.

“In order for TCI to achieve its environmental goals, it must limit the supply of gasoline and diesel fuels into Massachusetts which will result in higher costs and shortages. For the average driver, it will look like either a very high gas tax or no gas at the pump,” noted Paul D. Craney, spokesman for the Fiscal Alliance Foundation.

“TCI’s data shows it will reduce the supply of gasoline by 30% over the next ten years, while the federal government data shows the demand of gasoline will only decrease by 6% over that same period of time. The end result will not be pretty for lower and middle-class working families that rely on driving as a way of life. Drivers will be expected to drive less because the state will not have enough fuel to sell in order to satisfy TCI’s demands. For drivers that can find gasoline, the price will be very high. Families and working people must be ready for extremely high prices,” continued Craney. 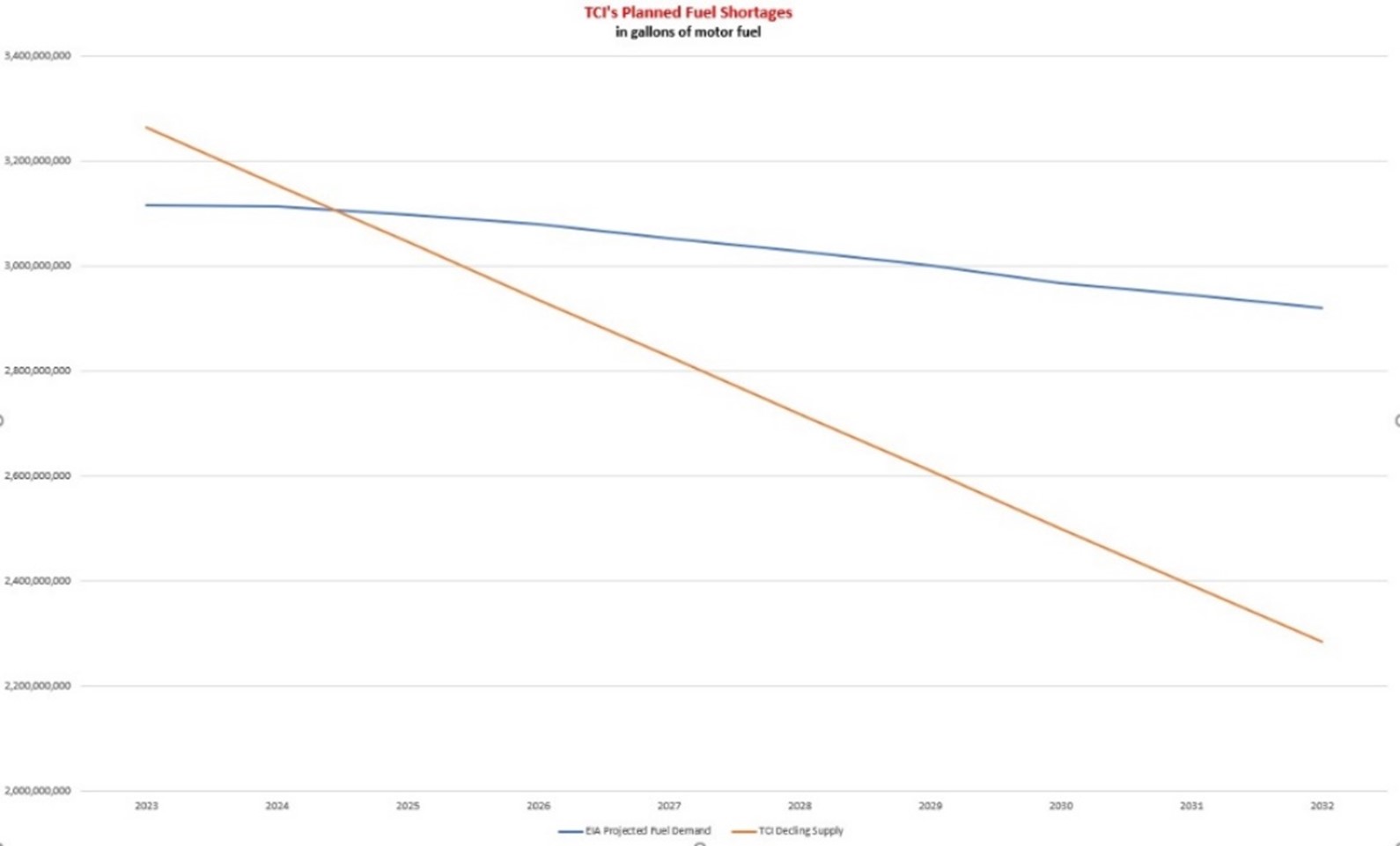 “The only way for TCI to achieve its extreme environmental goal of a 30% reduction is by forcing Massachusetts drivers to drive 30% less by cutting off 30% of the fuel supply,” concluded Craney.

A copy of the full study is available here.