New Year and a New Governor: Our Latest Poll

Earlier today, the Fiscal Alliance Foundation announced the results of a new statewide poll of Massachusetts general election likely voters gauging their opinions on the new Governor, Maura Healey, along with that of President Biden, and former President Trump.

The poll also looked at several tax questions that will be looming at the State House. The poll was done on January 2nd and 3rd, making it the first poll of the New Year.

Here are the key take aways:

President Joe Biden’s popularity has risen, climbing to slightly above 50% total favorable. This should not come as a huge surprise, given the Democrats success in the midterm elections. Additionally, 52% of self-proclaimed primary voters say they support him over someone else. In contrast, former President Trump’s popularity is at 61% total unfavorable with a 2 to 1 margin among self-proclaimed Republican primary voters preferring someone else over the former President. 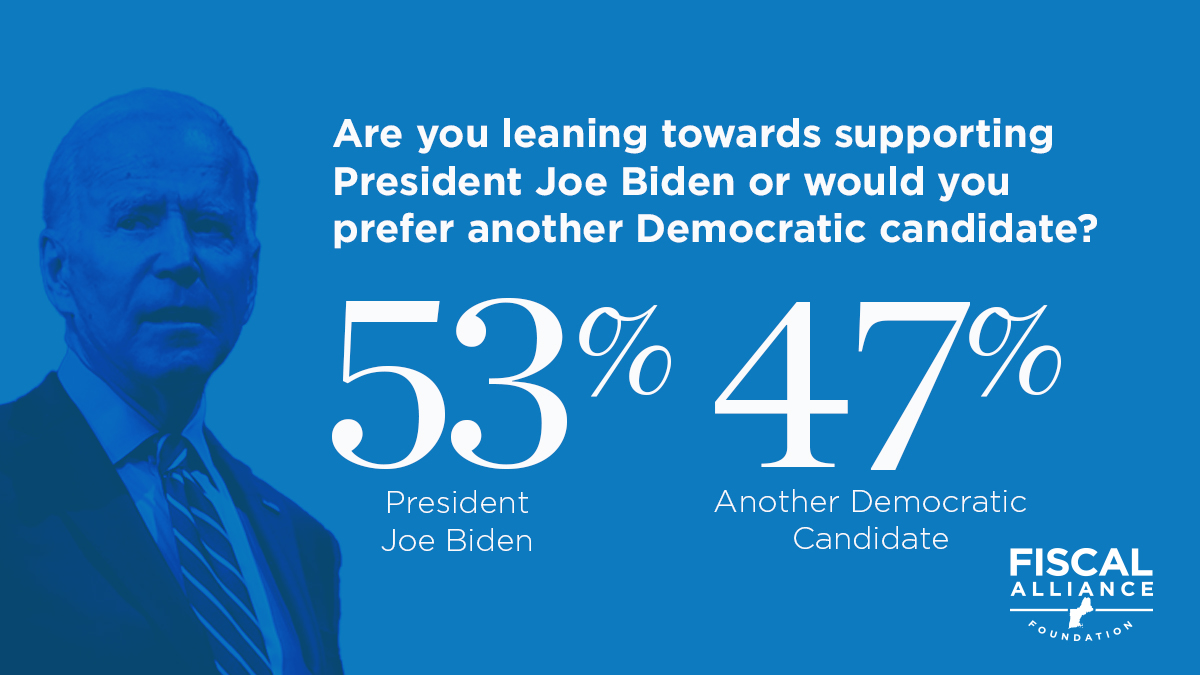 Meanwhile, Governor Maura Healey sits a few ticks behind President Biden at 50% total favorable. Among the general election voters, a hefty number of respondents are “not sure” of their feelings of the Governor. The low number of disapprovals likely means voters are reserving their judgement on the new Governor.

If the new Governor is looking for ways to increase her popularity, broad tax cuts and protecting the 1986 voter approved tax rebate law known as 62F would be a good start. During Healey’s campaign for Governor, she promised to cut taxes but has not endorsed any specifics since then, even though Question 1 went into effect on January 1 and began to raise the income tax by 80% on some small businesses, retirees, home sales, and high-income earners. 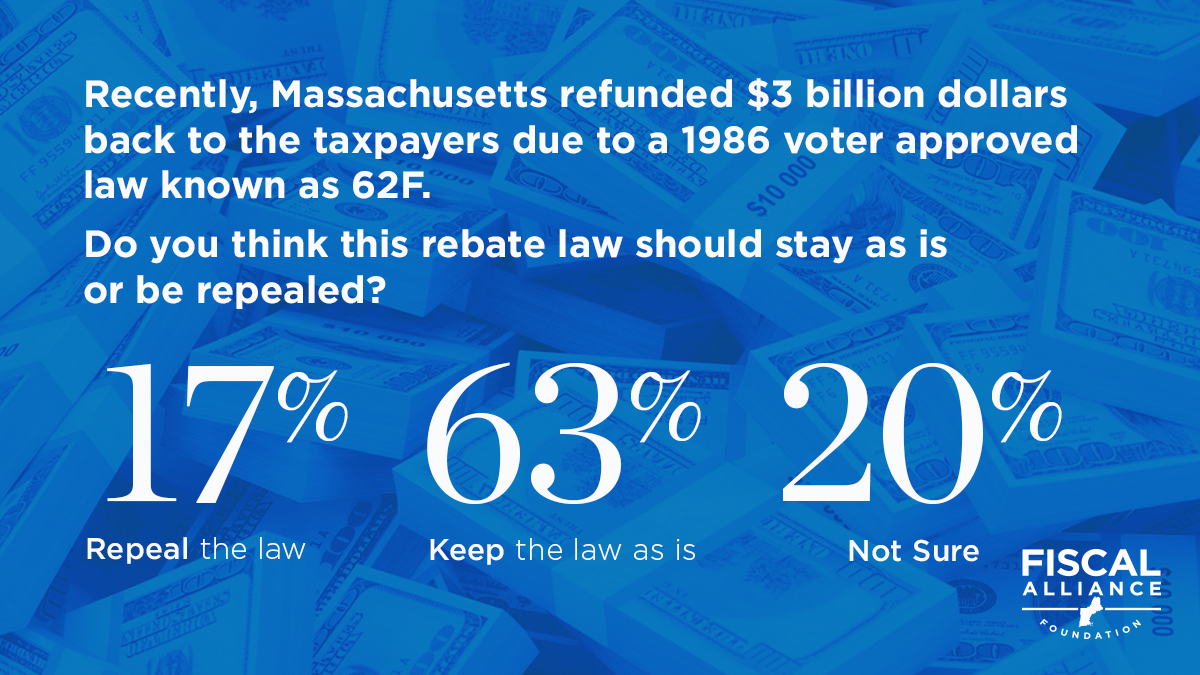 The poll showed that among general election voters, 57% would like to see the new Governor support ‘broad tax cuts,’ while only 28% prefer a more limited ‘targeted’ tax relief. Protecting the voter approved tax rebate law known as 62F, which rebated $3 billion dollars back to every Massachusetts taxpayer that paid an income tax last year, was the most popular option of the entire poll. A total of 63% of the voters want the Governor and legislature to protect the tax rebate law as is and not change it. That high approval rating for the 62F tax rebate law surpasses the candidates own popularity. 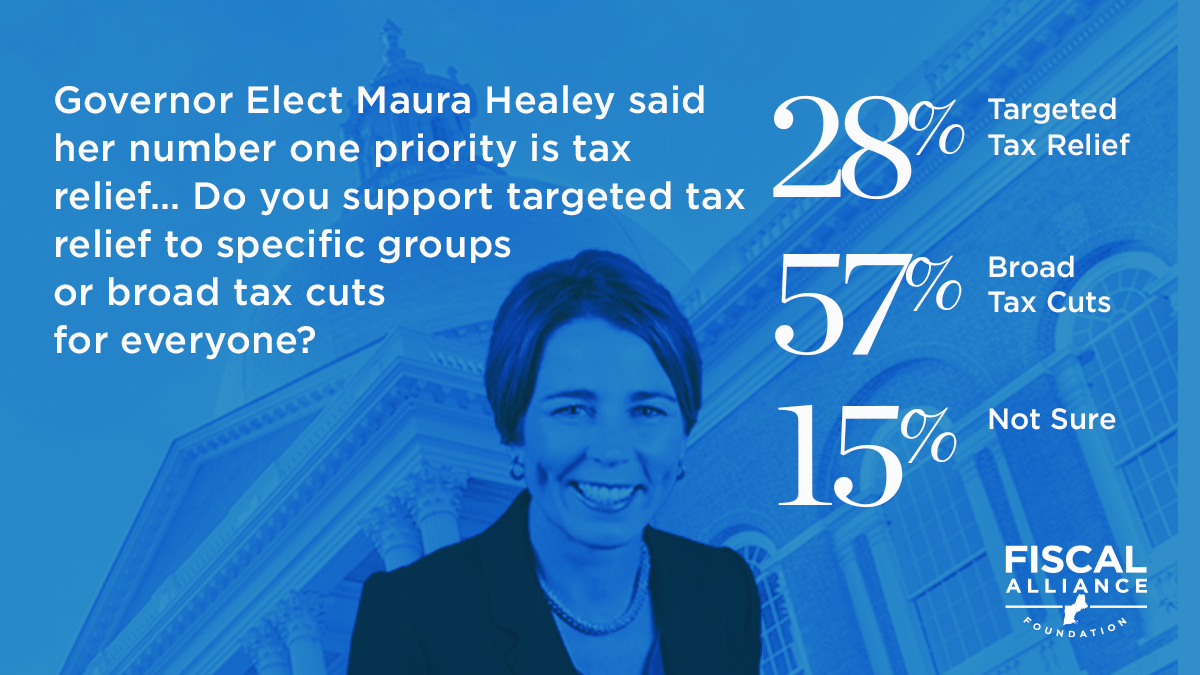 This poll confirms that broad tax cuts and defending taxpayer protection laws are popular in Massachusetts. Even though we have a new Governor from a different political party than the previous one, voters continue to want lower tax burdens in Massachusetts.

While the previous Governor enjoyed high polling marks, voters are making it pretty clear to the new Governor that protecting the taxpayers, through keeping a taxpayer rebate law intact and supporting broad tax cuts, is a way to attract more favorable support. Voters want to feel secure and one way to achieve this is by supporting laws that protect the taxpayers like Chapter 62F, and having a Governor who supports broad tax cuts.

While it may be very early to predict who will be the Democratic and Republican nominees for the 2024 Presidential election in Massachusetts, for now, President Biden should be pleased with this polls positive response and former President Trump should be concerned. Self-proclaimed primary voters are forming early opinions, will they hold until the primary is yet to be seen. 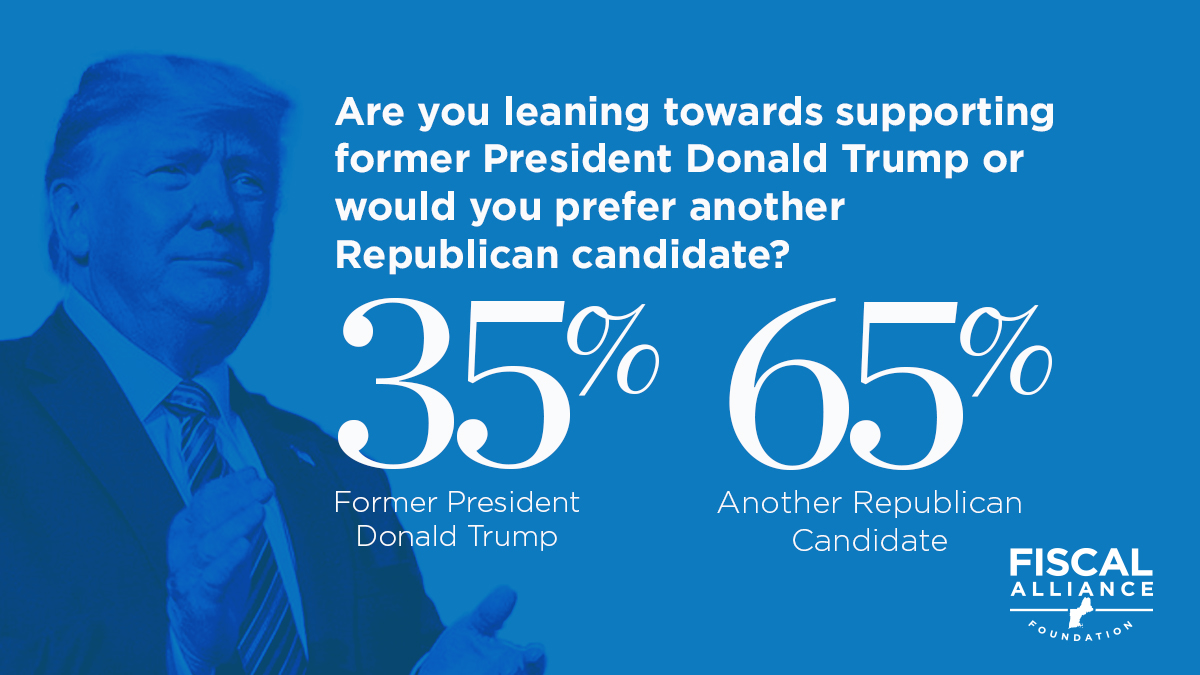 The poll was conducted on January 3rd and 4th from a combination of live calls to cell phones and IVR/push button interviews and surveyed 750 people with a history of voting in elections.

The overall margin of error is +/- 3.6 points. The poll was sponsored by the Fiscal Alliance Foundation and conducted by Jim Eltringham of Advantage Inc., a polling company in the Washington D.C. area.

Full copies of the poll toplines and crosstabs are available here: