The poll, conducted with live operators and fielded between February 8 - 10, 2022, surveyed 750 registered voters with a history of voting in elections. The margin of error is +/- 3.5% with a 95% confidence level. The poll was sponsored by the Fiscal Alliance Foundation and conducted by Jim Eltringham of Advantage Inc., a polling company in the Washington D.C. area. This is the first statewide poll that shows a majority of voters would be against the legislature’s proposed income tax surcharge ballot question amendment. The poll also shows that President Joe Biden’s job performance ratings are evoking strong feelings and even among Democratic party voters, the President’s support is waning. Lastly, the poll asked voters what they thought about the upcoming open Governor’s race. Although it is still very early in the cycle, the poll is showing Attorney General Maura Healey and former state Representative Geoff Diehl as the early frontrunners.

Overall, President Biden’s job performance is at 52% approve and 44% disapprove. While those numbers are enough to keep the President in positive approval territory, they should indicate a deep cause for concern for an incumbent President of the United State who won the Bay State with 65.6% of the vote two years ago. Among Massachusetts Republican voters, the President is at 72% “strongly” disapprove, and among Democrats, he’s only at a 55% “strongly” approve. Unenrolled voters showed their strongest feeling at 41% “strongly” disapproving. 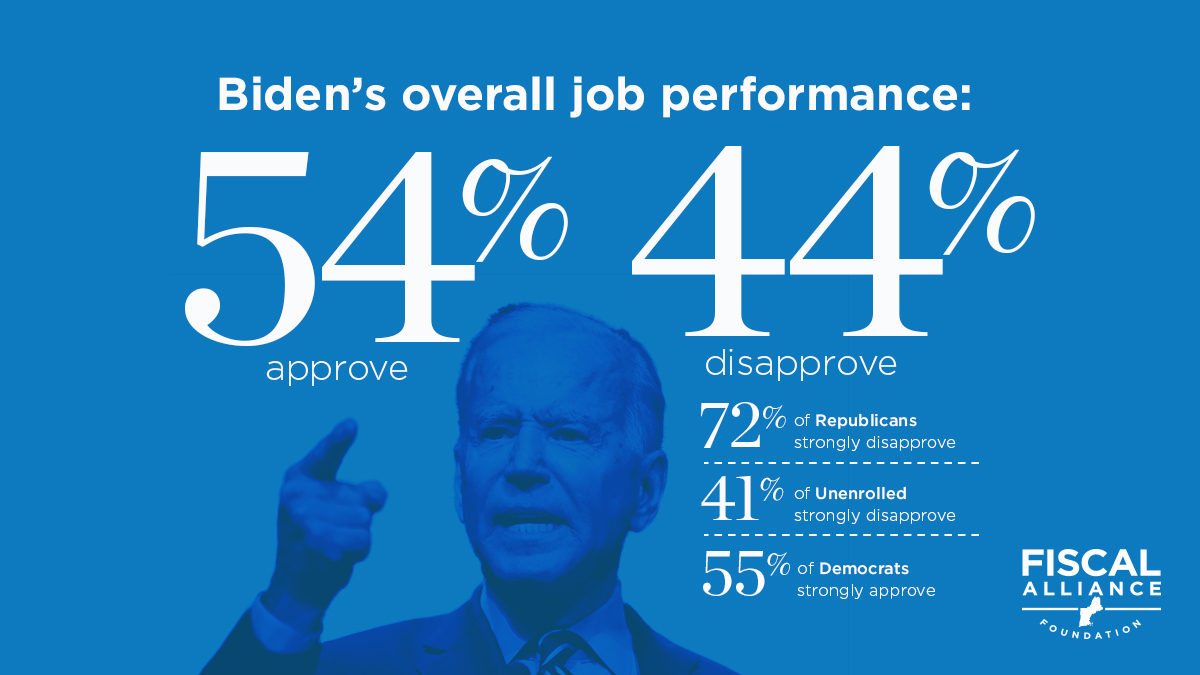 When asked about the upcoming ballot question proposed by lawmakers that would increase the state’s income tax on high income earners and small businesses, 52% said they would not support the ballot question if the election were held today. Only 37% would support it. When polled further on the ballot question, 65% of the voters feel the proposed amendment, which represents an 80% increase from the current tax rate of 5% to 9%, is just too high. The partisan breakdown is 54% of Democrats, 88% of Republicans, and 65% of unenrolled voters believe it’s too high. 60% of voters feel “less likely” to support the tax increase when they learn the money isn’t guaranteed to increase state spending on transportation and educational needs. The poll generated the same 60% response, of “less likely” to support the tax increase when they learn the tax would also apply to many small businesses and not just the affluent. 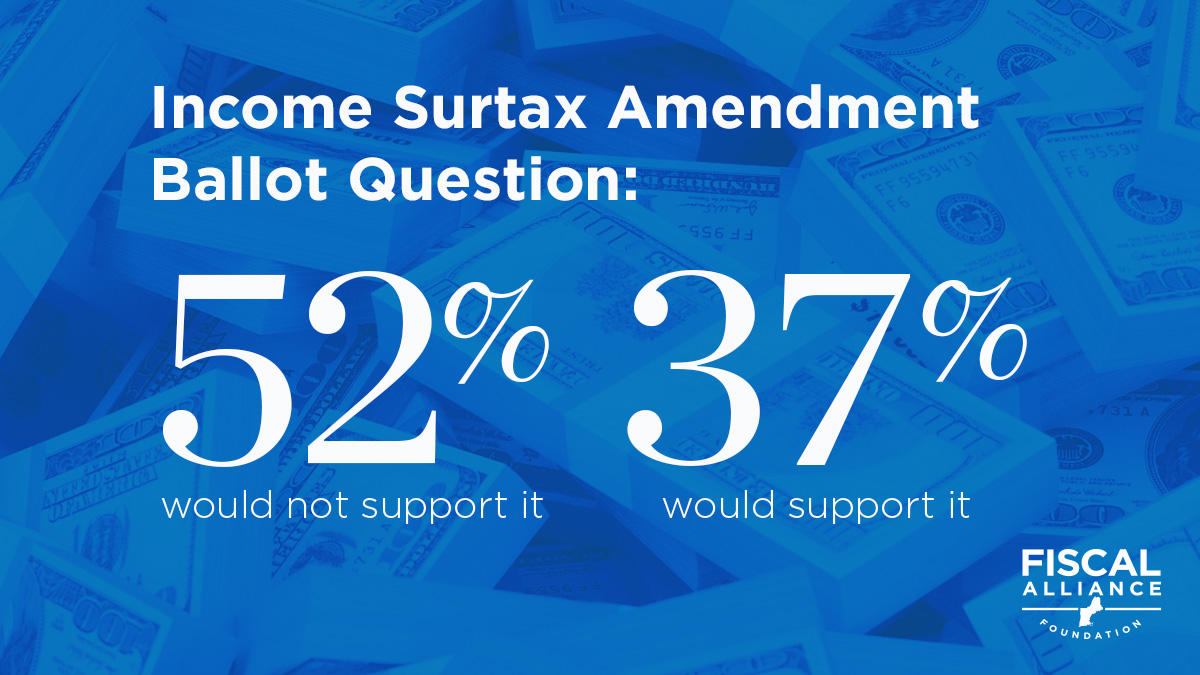 The poll also asked about the candidates running for Governor. Although it’s very early in the process and no one candidate has captured a majority of voters among any party, it’s becoming clear that Healey and Diehl are gaining traction. Overall, the Governor’s race has Healey at 29%, Diehl at 13% and Allen, Diaz Doughty at 1-2%. Among Democrats, Healey is at 46% and among Republicans, Diehl is at 27%. Unenrolled voters view Healey at 23% and Diehl at 16%. 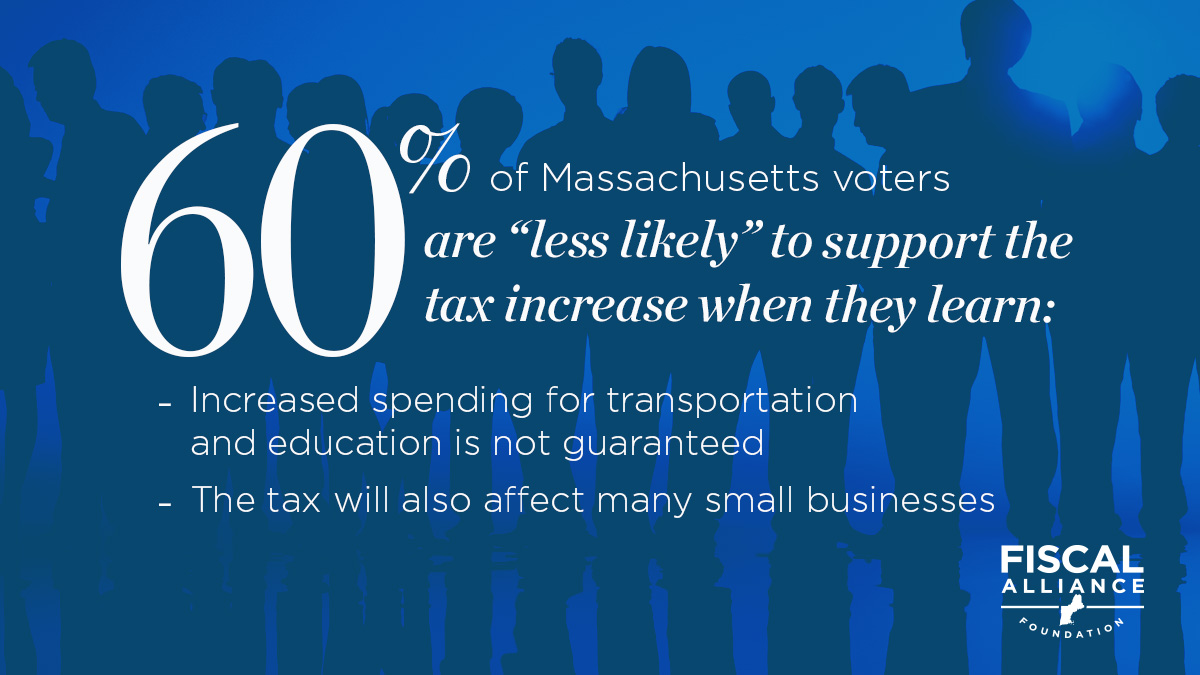 “The poll confirms what many of us know intuitively – President Biden’s polling shows concern for a sitting incumbent who is eligible to run for re-election, especially since he won this state pretty handily only two years ago. A majority of voters do not support the legislature’s ballot question to raise the income tax by 80% on high income earners and small businesses, and voters seem to be focused in on Healey and Diehl in the open Governor’s race,” noted Paul D. Craney, a spokesman for the Fiscal Alliance Foundation. 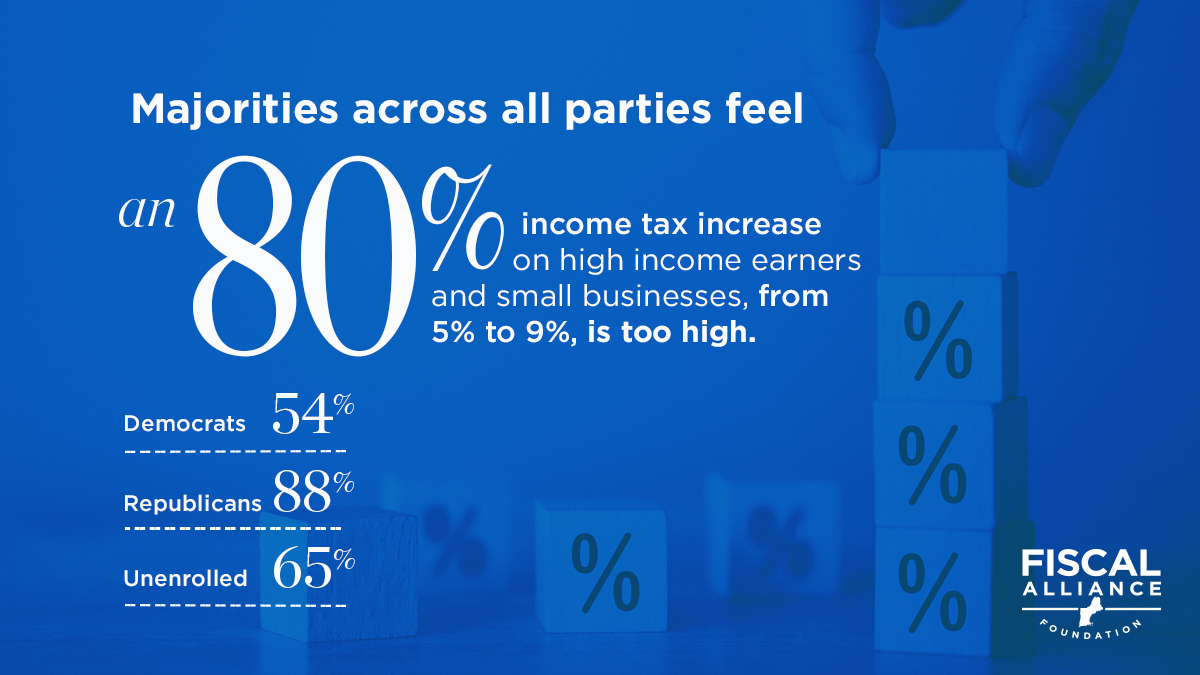 “While it is unclear if President Biden will run for re-election, it’s worth pointing out that if the President is having trouble generating high intensity approval ratings in Massachusetts, it is very likely he’s much worse off in states like New Hampshire which are more balanced,” noted Craney.

“The poll shows very strong feelings toward the legislature’s ballot question to raise the income tax by 80% on high income earners and small businesses. If the election were held today, there is already a majority of voters who would vote it down. When more details about the ballot question emerge, and its consequences are considered, the ballot question suffers a greater loss of support,” continued Craney.

“Our poll shows that without Governor Charlie Baker in the race, a majority of voters do not know yet who they would support. However, the poll also shows that Healey and Diehl are among the favorites. It may not be the best news for Healey, as she has been elected for eight years and already holds statewide office, but cannot break the 50% mark yet with any partisan voting group,” concluded Craney.